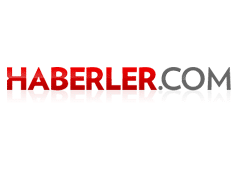 Hittite caravans were placed on the roads of Hattusa, capital of Boğazkale Governorate, which hosted the Hittite civilization.

Hittite cars were placed on the roads of Hattusa, capital of Boğazkale Governorate, which hosted the Hittite civilization.

Within the scope of the project “2 Days in the Capital City Hattusha Resistant to Time”, which was passed down by the district governor, Hittite rock carvings designed in the light of Hittite rock relief paintings and written sources were made to the last phaeton master living in Manisa Alasehir.

The historical city will be able to take photographs by making short trips on the Hattusa roads with the tourists coming in from the distance, the war cars that they take with 2 horses.

District Governor Murtaza Dayanç said that the Hittite battle car was designed with 3 people and a high mobility ability in accordance with the original.

Dayanç stated that he prepared horses and warrior costumes for the war vehicles. “Unlike the war cars seen in a driver, warrior and other civilizations in war vehicles belonging to the Hittites, a warrior takes place.” Domestic and foreign tourists who came to the county which kept the traces of the Hittite civilization, Hattusa and Yazılıkaya they will be able to travel in cars “.